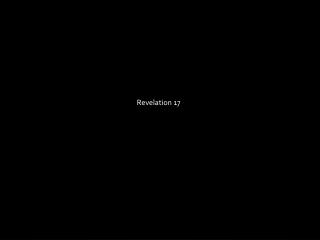 Revelation - . &quot;do not be afraid. i am the first and the last. i am the living one; i was dead, and behold i am

Revelation - . lo: i will know about the concept of revelation through sacred writings and how this might affect our

Revelation 13:16-17 - It also forced all people, great and small, rich and poor, free and slave, to receive a mark on

Revelation - . or the apocalypse of john, the apostle. the rise of premillennialism. related to the demise of historicist

Revelation - . god’s call to humanity. natural revelation- the world. as we approach the scriptures, let us begin with

REVELATION - . chapter 2. verse 1. as we move into chapter two, and then three, it is necessary to look into the history

Revelation - . the god-human relationship. revelation. what is revelation? a gift from god to help us know him we cannot

Revelation - . by: flannery o’connor. about the