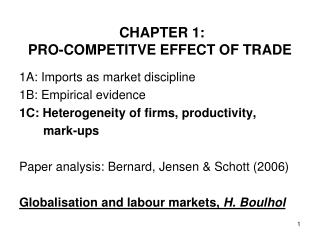 Economics: Unit One - . the s ocial science for the socially awkward. unit one: basic economic concepts. everybody faces

What are tariffs? - . def1: tariffs are taxes that are imposed on nations’ import goods and/or export goods def2:

Economic Integration and the European Union - . introduction to economic integration. forms of integration gains from