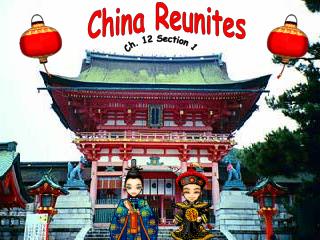 Ancient China - . by: ruben barragan. china. most of the population of china were buddhism. china were ruled by

The Geography of China - . satellite view of china na. china’s provinces. china vs. the u. s. in size. china. united

China - By: kennedy thierry. china. schools in china. china has a long tradition of respect for education. in fact, there