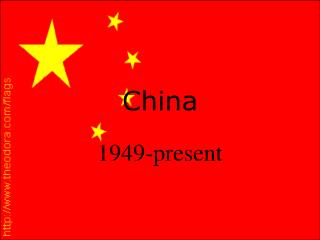 China. 1949-present. Where did we leave Mao?. In the north after the Long March. Who chased him north?. Chaing Kai Shek (Jeing Jeishi). Do you think Mao is going to stay in the North?.