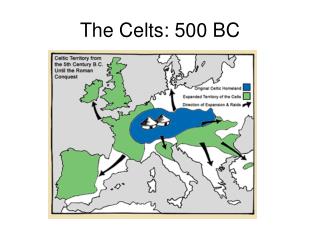 The Anglo-Saxons - . 449-1066. the british legacy. the british had a major influence on america government emphasizing

Celts - . priit rannik 10b. who were celts?. the celts were a group of peoples that occupied lands stretching from the

The Late Middle Ages (XIV-XVc.c.) - . dealing with the celts: wales and ireland. in 1284 king edward i united west wales

EUROPEAN MIDDLE AGES - . the celts. who were the celts?. the iron age celts lived in britain before and after jesus.

The Romans - . the romans came to britain over 2000 years ago. the romans lived in rome, a city in the centre of the

Roman Republic - During the 2 nd century bc, the romans expanded northwards. north italy was inhabited by celts but the

An Introduction to Celtic Mythology - . mr. pratt astec charter high school. who are the celts?. they were known as the