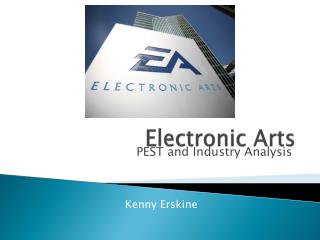 Electronic Arts - . first, a little history. 1982 - ea started as a publisher focused on independent developers and

Electronic Arts in the Stock Market - . by: caitlyn chinavare, alyssa schams, and brianna timmer. (credit to ea). what is

ARTS OF PAKISTAN - . in pakistan the arts are influenced by the indo-european style. the various kinds of arts in