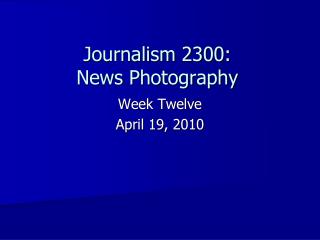 “Is Photography Art?” - . “is photography art?”. we must 1 st gain a clear definition for 3 important questions!

Citizen Journalism - Is the boom in user-generated content a boon or a threat to suburban newspapers? journalists,