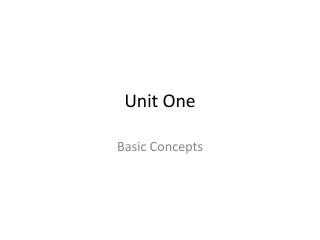 Unit One. Basic Concepts. Basic Concepts Learning Objectives In this unit, basic concepts and ideas about language, communication and translation methodology are required with the aim of achieving specific learning objectives. Upon the completion of this unit, you will be able to: