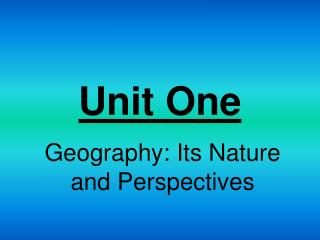 Unit One. Geography: Its Nature and Perspectives. What is Geography?. Geography is a representation of the whole known world together with the phenomena which are contained therein. Ptolemy, Geographia 2nd Century A.D.