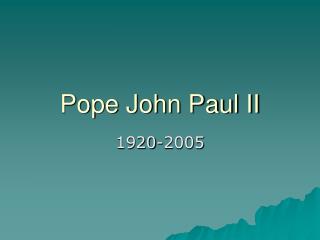 Pope John XXIII - . a significant person in the christian tradition (1881-1963) for students. life of pope john xxiii in

The Beatitudes of Pope Pius X - . by john krupa. blessed are the poor in spirit: for theirs is the kingdom of heaven.

Bernini - . shock art of the baroque the ecstasy of st. theresa. son of a roman sculptor brought before pope paul v at 8

Polish People who have made a difference - . pope saint john paul ii. probably the most famous pole ever. he was born in