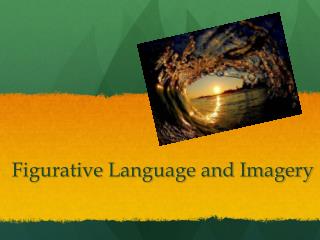 A2 Sport Psychology - . january 2010. d1 - sita needs to improve her running times to ensure selection for a major

The Mystery of Heroism by Stephen Crane - Figurative language simile,

Figurative Language - . mrs. ransbottom. name that language for $100. what figurative language term is an extreme

Poetry - . type of rhythmic, compressed language that uses figures of speech and imagery to appeal to the reader’s

Chapter 1: What is Language? Prof. Ai-li Hsin - . what is language?. we live in a world of language. the possession of