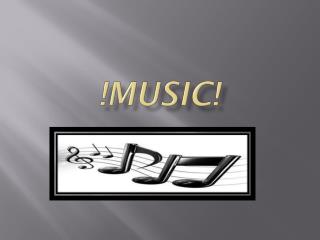 !Music!. Some people say “money makes the world go around”…BUT I SAY...”music makes the world to go round ”.I would not agree with that because if you haven’t got money you cannot buy the thinks you need to order listen to music for example radio,DISCs,mp3 or a pc. Golden Jubilee - Intezaar - . - this presentation is a pictorial journey of hazar imam’s fifty glorious years of

The Enjoyment of Music 10 th Shorter Edition - . unit vii vocal music of the baroque . “opera is the delight of