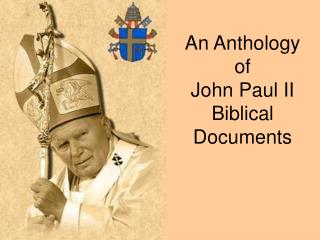 John Paul II - . introduction. - his travels around the world. - relations with other religious groups. - assassination

John Paul the II-nd - . the childhood. karol józef wojtyła was born 18 th may 1920 in wadowice. his parents were karol

An Anthology of Fables - . a beggar was given a piece of bread, but nothing to put on it. hoping to get something to go

The Canonization of Pope John Paul II - . beloved pope to be named a saint on divine mercy sunday, april 27, 2014. john