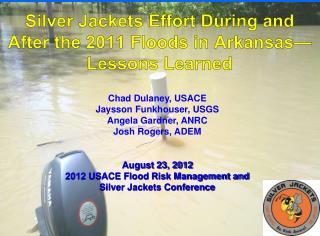 What Will We Accomplish? - . brief history evolution of the sf 424 r&amp;r agency implementations and lessons learned

Preparing for the Unexpected FLOODS - . presentation for individuals and their families. who we are:. michael j. adametz

Floods - . nova video. https://www.youtube.com/watch?v=wvjlenenpja how are floods different than other types of natural

LESSONS LEARNED FROM PAST NOTABLE DISASTERS CHILE PART 3: EARTHQUAKES AND TSUNAMIS B : Other Notable Earthquakes

The California Power Crisis: What Happened, Why, and Key Lessons Learned - 9/3/2014 5:45 pm. confidential. the california