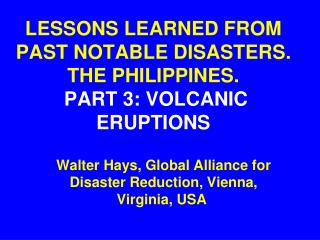 How to Perform A Lessons Learned Session With Your Project Team - . overview. what is a lessons learned session why

Earth Boot Camp - . 3.7b: investigate rapid changes in earth’s surface such as volcanic eruptions, earthquakes and

Chapter 19: History of Life on Earth - . section 1: how did life begin?. the condition of early earth were hypothesized

Drug Eruptions - . drug eruptions can mimic a wide range of dermatoses and should be considered in any patient who is