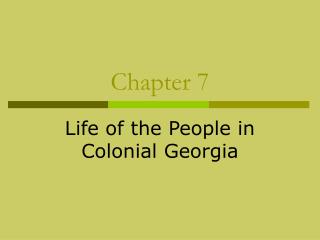 Chapter 7. Life of the People in Colonial Georgia. Regional Commonalities. Georgia colony had much in common with other colonies: Most colonists from England, so they shared common language and culture;