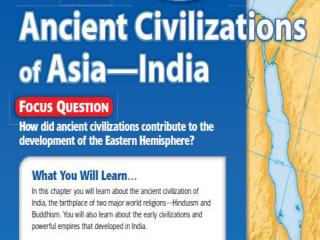 Chapter 1 Section 2 - . cities and empires. early american civilizations. a). long before the arrival of europeans in the

Chapter 2 The Early Civilizations of South and East Asia - . the indian

Chapter 9 Section 1 - . the early americas. ummmmmmmm…. what value would a wooly mammoth have to the natives?. what was

Chapter 4: Section 1 - . early civilizations in greece. do now: . in your notebook, answer the following questions: *how

Chapter 1 - . section 1: the earliest americans. i can understand how early civilizations developed in the americas. page

The Early Greeks Chapter 4 section 1 - . objective. discuss the geography of greece. compare and contrast the