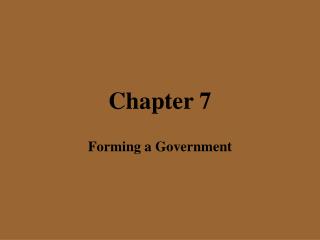 Chapter 7. Forming a Government. Essential Question. What were some of the strengths and weaknesses of the Articles of Confederation?.

Central Supervision of Local Government - . relationship between state administration and local government. the