The ‘Fate’ of the The Anasazi - PowerPoint PPT Presentation 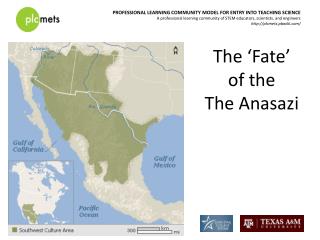 The ‘Fate’ of the The Anasazi The ‘Fate’ of the The Anasazi. Anasazi Native Americans. The Anasazi ("Ancient Ones"), thought to be ancestors of the modern Pueblo Indians

The ‘Fate’ of the The Anasazi

Conflict in “The Crucible” - . k. melvin. conflict. conflict – the struggle between two or more opposing forces.

JavaScript: Control Statements II - 8. javascript: control statements ii. not everything that can be counted counts, and

Zeus! - . corina aquino. zeus!. zeus’ roman name is jupiter he is the god of sky, weather, order and fate his symbol is

John Gast , American Progress (Manifest Destiny) (1872) - . manifest destiny. eq: how justifiable was us expansion in the

JavaScript: Control Statements II - 8. javascript: control statements ii . not everything that can be counted counts, and

The Mogollon, the Anasazi, and the Hohokam - . adaptations and alterations made for survival. the mogollon ~1 a.d. –

C Program Control - 4. c program control. not everything that can be counted counts, and not every thing that counts can