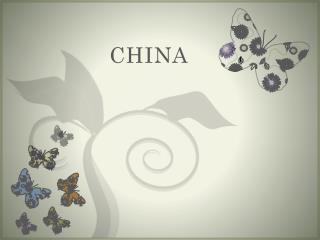 CHINA. Beliefs/Religions. The three most popular religions are Confucianism, Taoism and Buddhism. Buddhism-people believe in gods, destiny, fate, luck and afterlife. Taoism-a balanced relationship between human beings and nature Confucianism-more of a phyliospy belieft than religion.