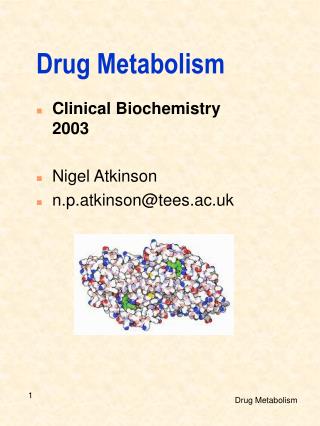 Bacterial Metabolism - . metabolism sum up all the chemical processes that occur within a cell 1. anabolism: synthesis of

DIFFUSION STUDIES IN TANSDERMAL DRUG DELIVERY SYSTEM - . diffusion. movement of molecules from an area of high

Metabolism Chapter 14 - . metabolism. a process where living cells use nutrients in many chemical reactions that provide