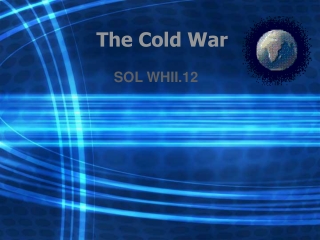 The Cold War. SOL WHII.12. Competition between the United States and the U.S.S.R. laid the foundation for the Cold War. KGB Statue Comes Down.

War in the West &amp; the East - . lecture 3. outline. schlieffen plan vs. plan xvii—plans / realities/ and