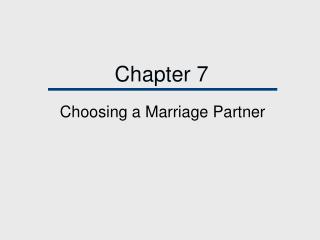 A Complex Marriage - . jenny blakey manager 2012. where are we?. what is seniors rights victoria?. a statewide free

Get a partner - . and share your snacks with each other… while you eat… on a piece of paper write down the following

With a partner… - . explain what made reconstruction so difficult in the south. what are some solutions that might make

Choosing Abstinence Until Marriage - . lesson 6. why are these young people choosing to be abstinent? why did some of

Choosing a Meal - . go to: http://www.hc-sc.gc.ca/fn-an/food-guide-aliment/basics-base/quantit-eng.php create a day’s

Choosing a Career - . one of the hardest—and most exciting—choices you’ll ever make is your career. although chance

Choosing a Radio* - . *i don’t have one yet. where to start?. primary use location of shack price range technical savvy

Factors That Affect a Person When Choosing a Partner - . what is the purpose of dating?! would you know after a few dates

PARTNER A PROJECT - . with mrdf. what is. partner a project?. raise money for a specific mrdf project get regular updates

Choosing a Career - . steps to choosing a career. understand yourself explore your options find out what will be

With a partner… - . discuss who has made you a better person and why?. characterization in nonfiction. vocabulary.