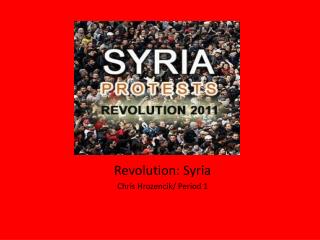 DIY weapons of Syria - Syrian rebels build their own bombs, missiles and mortar

Revolutions - . “q” what is revolution?. revolution is a complete change. this change does not have to be violent,

The syria that you don’t know - This email is made with love and doesn’t have any political or religious preferences.

Unit 3 Part 1: Age of Revolutions - . 7-3.1 explain the causes, key events, and outcomes of the french revolution,