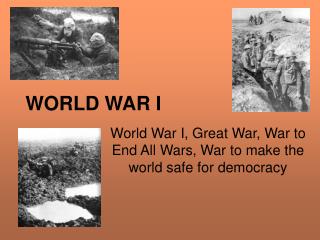 WORLD WAR I. World War I, Great War, War to End All Wars, War to make the world safe for democracy. UNDERLYING CAUSES OF WORLD WAR I. 1. The Rise of Nationalism