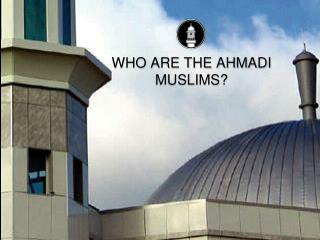 Who are Ahmadi Muslims?

Islam - . march 2012. islam. the word “islam” means “voluntary submission to god” a follower of islam is called a

SUFISM (Islamic mysticism) Wahadat-ul-Wajud Rekha Pande - . origin of sufism. sufism is said to have been originated near