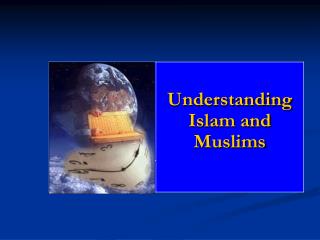 Contributions of Muslims to World Civilization - Words you need to know. abbasid member of a muslim ruling family

CONTRIBUTIONS OF MUSLIMS TO WORLD CIVILIZATION - . chapter 10. muslim contributions . during much of the medieval period,

Contributions of Muslims to World Civilizations - . the flowering of islamic civilization. the abbasids had taken control

Muslims - . who is a muslim? what are the different types of muslims? why do muslims believe in islam? when was the

Evangelizing Muslims - . apologetics. the grand mosque (in mecca). world’s largest site of the ka’aba thought to be

How Muslims and non Muslims perceive Islam? - . by: denise, divya and martin. the true beliefs of

The First Muslims - . seerah 7. khadija , may allah be pleased with her was not only the devoted wife of the prophet, she

WARAYS &amp; MUSLIMS - . by group 6d. area. the waray-waray form the majority in the provinces of samar, northern