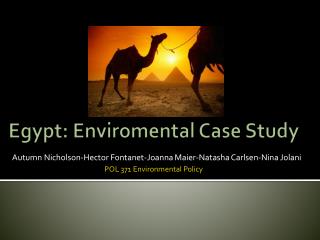 Aswan High Dam Was it worth it? - . a case study of water storage and transfer in egypt (an l.e.d.c.) acknowledgement to