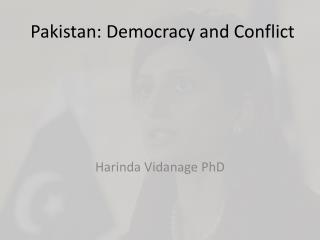 Pakistan: Democracy and Conflict. Harinda Vidanage PhD. D iscussion. Pakistan’s problems stem from its very origins and that the identity of Pakistan has never been clear nor has a consensus been developed on the purpose of Pakistan ( Farzana Shaikh ).

The Curious Case of Pakistani Democracy - . a perspective unseen. click to proceed. salam.. i was perplexed to see

India and Pakistan Since Independence - Pakistan has alternated between elected democracy and military dictatorship ...