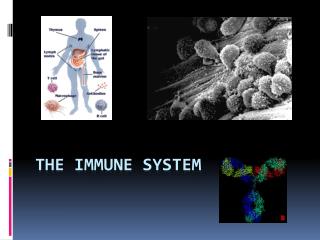 Innate Immune Response - . kathy huschle northland community and technical college. the human body. we are made up of

Chapter 43 - . the immune system. overview: reconnaissance, recognition, and response. an animal must defend itself from

IT’S THE IMMUNE SYSTEM - . boggusrl@email.uc.edu. before we begin:. share this with others. it’s the most amusing