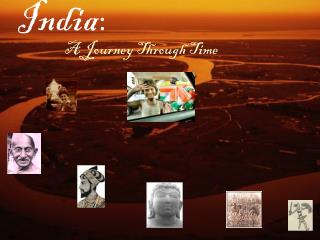 India :. A Journey Through Time. In the Beginning …. Homo sapiens as many as 75,000 years ago; Homo erectus from about 500,000 years ago. Civilization developed along the Indus River around 2500 BCE. Historically, the subcontinent of India includes Pakistan and Bangladesh.