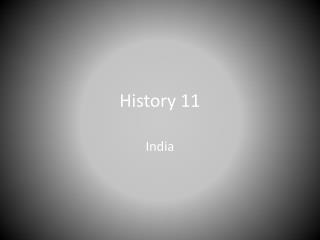 History 11. India . The Land of India . India is separated from the rest of Asia by the Himalaya mountains the highest mountains in the world. History 11 - . wwi. imperialism . according to the dictionary: the creation and/or maintenance of an unequal economic,

History 11 - . end of the byzantine/rise of russia. decline. after the great schism (1054), the byzantine empire was

History 11 - . europe lesson 5. monarchs . we have talked about the feudal system. this was a ranking system for the way

History 11 - . rome. the roman empire. why were they such a big deal? highlights of rome: the roman republic. the roman

History 11 - . feudalism . farming system . after the fall of rome the large network of trade, large cities, and

History 11 - . mongol influence on russia. there is great debate on how the mongol rule affected russia. the time period

History 11 - . the byzantine empire . constantinople . the emperor constantine rebuilt the greek city of byzantium and

History 11 - . the enlightenment for geniuses . enlightenment. revolutions begin with ideas. what conditions must exist

Welcome to History 11 - . global awareness. life as a history teacher. history of the world in one minute we didn’t