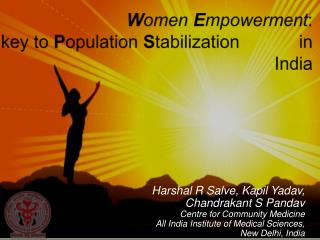 DFID on the economic empowerment of women and girls: a policy response - . idrc/dfid expert meeting on women’s economic

36 th Assembly of the Inter-American Commission for Women - Women's economic empowerment: reducing the burden of care

Population of India - . population distribution is how and why population is spread across the landscape of india.

The Businesswomen’s Association of South Africa - A platform for the inspiration and empowerment of women. the