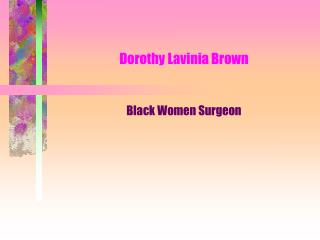 Dorothy Francis - . has worked in co-operatives since 1983 ceo of co-operative and social enterprise development agency

Presented by Founder Lavinia Gyamfuah - . be:zen is all about creating… . a new taste in the world of drinking