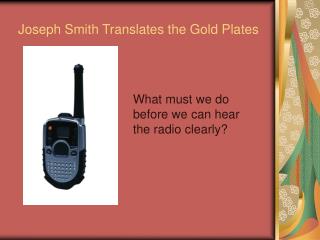 Joseph Smith Translates the Gold Plates. What must we do before we can hear the radio clearly?. Rose Gold Plastic Plates - Dlux has a range of rose gold plastic plates with a different design. these are recyclable

Full-scale model of the Golden Plates based on Joseph Smith's description - . “i told the brethren that the book of