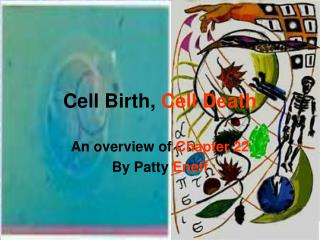 Cell Birth, Cell Death. An overview of Chapter 22 By Patty Eneff. Cell Birth. Cell division implies production of identical daughter cell that do not differ form the parent cells. If this were always the case, hundreds of differentiated cells would never be formed. Differences Occur. Cell death , - Normal cells that are subject to a damaging stimulus may become sublethally damaged. if the stimulus

Programmed Cell Death - . why do some cells need to die?. to accomplish morphogenetic ends , eg. separation of fingers

THE CELL CYCLE AND PROGRAMED CELL DEATH - . the minimum set of processes that a cell has to perform are those that allow