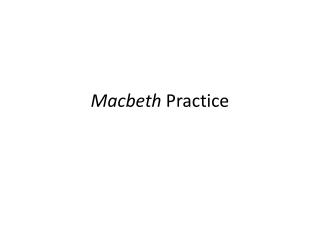 MARKETING IN PRACTICE - . marketing in practice: learning outcomes. at the end of this module, you will have a good

New Scope of Practice, Authorized Acts and Standards of Practice for MRTs in Ontario - . september 2011 workshops

How to Turbo-Charge Your Private Practice - . kathleen brehony, ph.d. the business of clinical or coaching practice. as a

Carving the Pole - . from totem pole by diane hoyt-goldsmith photographs by lawrence migdale. objectives:. this week you

The Banquet Scene Act III, Scene iv - . your task . in the given groups, you are to decide how to block out and