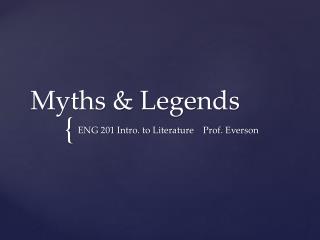 Folklore: Myths, Folktales, Legends, and Fables - . folklore can be defined …. as all the traditions, customs, and