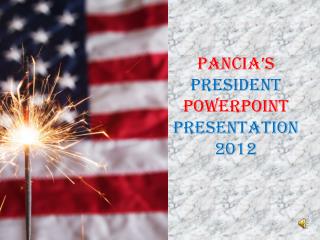 Pancia’s President PowerPoint Presentation 2012. President of the U.S.A. 1789-1797George Washington 1 st President BY CHRISTOPHER CUAR tas. George As A Kid. G eorge As A President. Political party- Federalist Nickname in office- the Father of his Country Get a Grip on Your Money during 2012 and beyond - . 1. powerpoint presentation. keri d. hayes extension publications

Björn Stigson, Former President of WBCSD - Business and sustainable development – the green race is on. björn