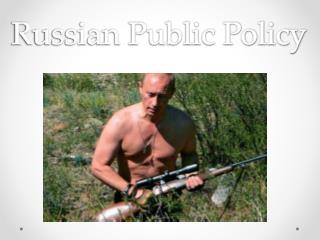 Promoting Public Participation in Russian Forest Management and Policies - The project of kola bcc, sibecocenter and

US - Russian Relations - . legacy from reagan to bush in foreign policy was improved relations with soviet union:

Russia - . can you name the russian/soviet leaders of the 20 th century?. npr: bald and hairy. lenin, stalin, krushchev.

The Russian Federation - Chapter 8. the russian federation. section 1 the making of the modern russian state. the making

Similarities of French and Russian Revolutions - 1. wars that were fought drained the treasury, and led to financial

Introduction to Russian Cultur al history - . learning about each other introducing the course interpreting russian