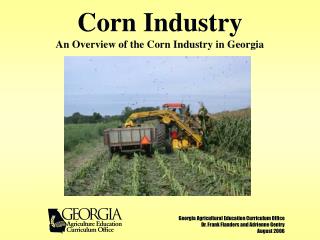 Plant Tropisms - . the movement or growth of a plant in response to a stimulus…. some of these ways are:. tropism

The Wonders of Corn - . amy villeda nancy paguay katty villeda. uses of corn. consumption by the people used to make

Grains &amp; Cereals - . what are cereals?. starchy grains (the seeds of plants) that are suitable to use as food

Game Production Overview - . cgdd 4603. overview. based on chapter 7.1 from introduction to game development by steve

Geographic Regions of Georgia - . ss8g1 the student will describe georgia with regard to physical features and location.