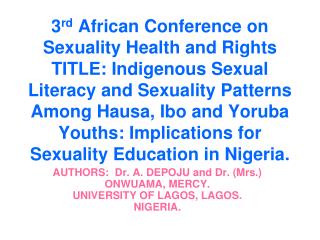 Democracy on the African Continent: Colonialism, Tribalism and the Future - . country focus: nigeria. democracy . is