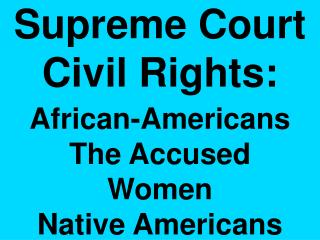 African Americans and Women During the 1930’s