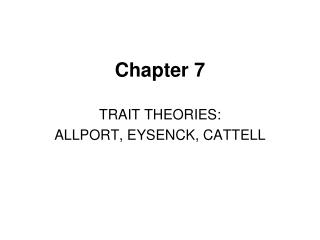 Chapter 7. TRAIT THEORIES: ALLPORT, EYSENCK, CATTELL . QUESTIONS TO BE ADDRESSED IN THIS CHAPTER.