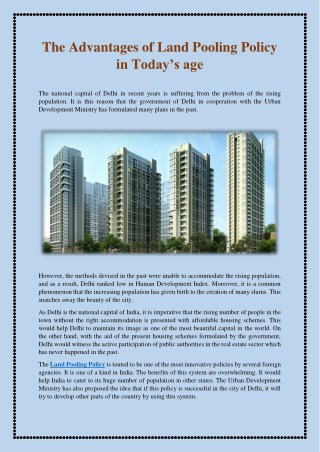 The Advantages of Land Pooling Policy in Today’s age Delhi LPP:- land pooling policy is touted to be one of the most innovative policies by several foreign agencies. master plan delhi 2021 is a plan that is to be executed by the Delhi Development Authority.

The Advantages of Land Pooling Policy in Today’s age

Medicare: Survive Today And Prepare For Tomorrow - . monday october 11, 2010. today and tomorrow is all about health care

Land Use Planning in the Deh Cho territory - . agenda. what is land use planning? update on dclupc activities &amp;

Concepts of Land Trespass and Fixtures - . prof cameron stewart. what is land?. land is a three dimensional space

Land Use Planning in the Deh Cho territory - . day 1: information. 1) opening prayer 2) introduction 3) what is land

SANDF LAND AND LAND REFORM - . presentation to the portfolio committee on defence on the nature &amp; extent of

Chapter 9 - . the role of life and health insurance. understanding the logic behind insurance. insurance is an example of