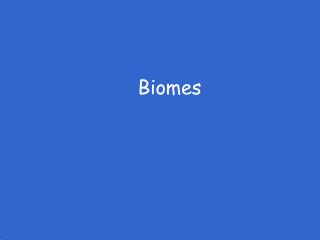 Biomes. What are biomes? . Large, distinctive areas created and maintained by climate . Major regional community of plants and animals with similar life forms and environmental conditions. Biomes are named after the dominant life form such as grassland or tropical rainforest.