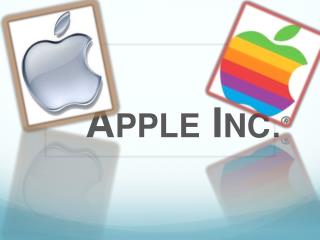 Apple Inc. What is Apple Inc.?. Apple Inc. is an American multinational corporation Design electronics and computer software As of January of 2010, the company operates 283 retail stores 9 of which are out of the country