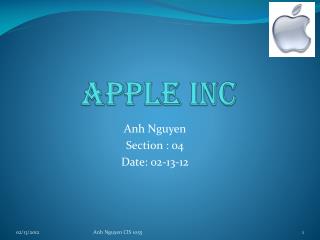 Apple INC. Anh Nguyen Section : 04 Date: 02-13-12. Background information. Apple started in 1976 as a computer company. In the last decade, however, Apple has expanded into a very intricate company that specializes in much more than just computers .