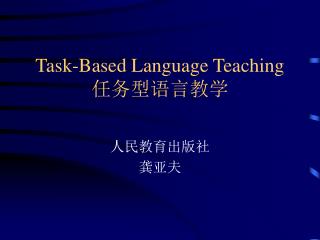 Emotional Stroop Task - . aim of the task: to find out whether emotional content of a stimulus distracts attention from

Teaching for Transfer in Biliteracy: The Power of Word Study - Teaching for transfer. what transfers?how does transfer

Asessment for Learning (AfL) Enhancing Teaching and Learning in the Classroom - Workshop one - 2013/14. key messages.

Teaching to the Big Ideas K - 3 - . getting to 20. you are on a number line. you can jump however you want as long as you