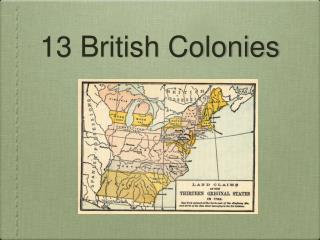 Describe the geography and climate of the Middle Colonies. Describe the early history of New York and New Jersey.

The American Revolution - . chapter 4. shared outrage at the stamp act inspired the colonies to join in unified political